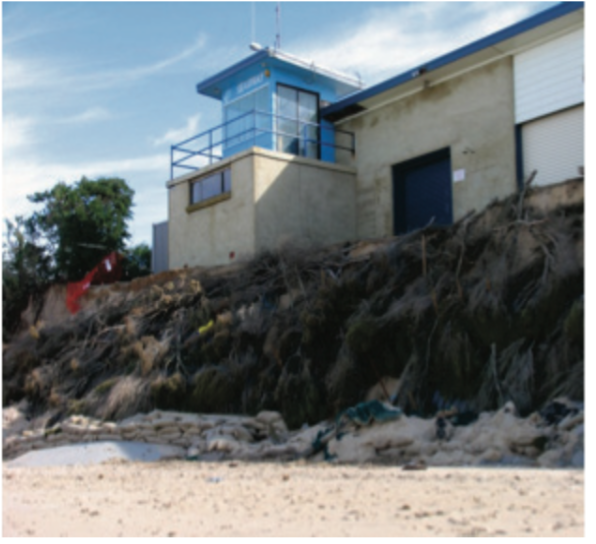 A 2011 SLSA supported study found 63% of clubrooms are situated in an ‘instable’ location and are at risk of erosion.

Local councils in WA are required to generate Coastal Hazard Risk Management and Adaptation Plans (CHRMAP). This includes decisions on what land to defend and what land to abandon to the sea. Residential properties and main roads are shown at risk by erosion between 2065-2115 in the map below from the City of Joondalup. All surf clubs in WA should ensure they are consulted in CHRMAP planning.

Time to get some electric ATVs on patrols. There are options but Surf Life Saving Australia needs to see if they stand up to testing

Electrification of mobility is a essential step in reduction of carbon emissions and will have benefits for surf life saving members and beachgoers. Electric vehicles have much fewer moving parts and less maintenance requirements. An electric ATV will simply be plugged in to a 10 amp power point ove...

Over 10 years since Surf Life Saving Australia published a report outlining the risks to surf club infrastructure from climate change. A great report but

A report for Surf Lifesaving Australia shows more than half of country's surf lifesaving clubs are being threatened by extreme tides and weather conditions.

The Mercury Avator electric outboard concept represents our next step forward in marine innovation, as Mercury progresses toward the formal release of electr...

This gives some insights into why doing outside physical activity, like surf patrol or beach competition, is dangerous in extreme heat, something becoming more common

E Class Outboards are making electric outboards and prototyping batteries which could be suitable for an inflatable rescue boat. Once they are ready for testing,

NASA's 'climate spiral' shows how the Earth is warming

Author and environmentalist Tim Winton has used his closing speech at the Perth Festival’s writers weekend to pillory the oil and gas industry for trying to expand instead of winding down.

How can we be proud to have this brand on our patrol uniforms and plastered all over our kids? Surf Life Saving WA?